Monthly Patches are out for Microsoft and Adobe. New Alerts for VMware, Hitachi, Zoom, and Linux. 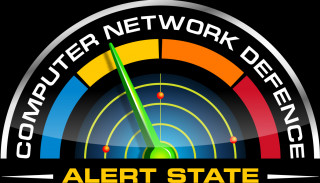 Microsoft Monthly Patches are out, with patches for 141 vulnerabilities, 17 rated Critical, 2 previously disclosed, and 1 being exploited. Highest CVSSv3 score of 9.8
More info. And here. And here.

An RCE Windows PPP wormable vulnerability exists, a remote attacker could send a specially crafted connection request to a RAS server, which could lead to RCE on the RAS server machine.CVSSv3 score of 9.8.
More info.

VMware vRealize Operations contains an authentication bypass vulnerability. A remote attacker may be able to create a user with administrative privileges. CVSSv3 score of 5.6
Note there are other vulnerabilities that require privileges in this bulletin.
More info.

The Zoom Client for Meetings for Android, iOS, Linux, macOS, and Windows are susceptible to a URL parsing vulnerability. If a malicious Zoom meeting URL is opened, the malicious link may direct the user to connect to an arbitrary network address, leading to additional attacks including the potential for RCE. CVSSv3 score of 9.7
More info.

A mobile version of our Security Wizardry Radar Page, providing vulnerability details and visibility for a variety of software and industries.
https://www.securitywizardry.com/mobile-radar.htm

No comments made yet. Be the first to submit a comment

Are You Ready To Find Out More?

Arrange a Chat With Our Friendly Service Delivery Team.

Schedule a Call or Email